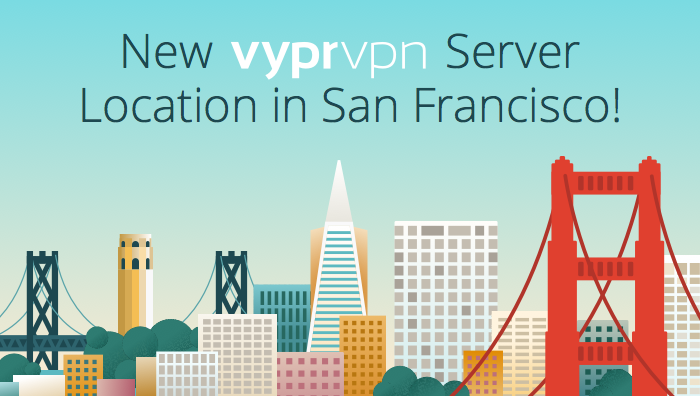 
How to Access the San Francisco VyprVPN Server Location:

If you don't have VyprVPN, upgrade to a Giganews Diamond or Platinum account today and get VyprVPN free. If you're not already a Giganews member, we invite you to sign up for a 14-day free trial.

For now, the VyprVPN for iOS app will not work with iOS 8 and can result in your Internet connectivity being temporarily broken. However, even though the app is not working, manual setup still works. If you have a VyprVPN profile installed on your iOS 8 device, first delete your VPN profile and then follow these iOS manual setup instructions for Giganews members.

Golden Frog has a full explanation of the problem and fix on their blog here: http://www.goldenfrog.com/blog/vyprvpn-not-working-with-ios-8

It's a Gigahoax - Giganews is NOT an FBI Operation

Giganews has always supported the Open Internet and fought for the personal freedoms that the Open Internet enables. Unfortunately, one of those freedoms is the ability for anyone to say almost anything they want, whether or not it is true or factual, and for others to believe it. Yesterday, Giganews was accused of being an FBI operation by an ex-employee through the well-known Cryptome.org. This accusation is completely false, and the accuser offers no evidence to support the claim.

Cryptome's failure to contact us to validate the allegations or respond to our concerns has lessened their credibility. It does not seem that Cryptome is in search for the truth, which leaves us to question what are their true motives. Sorry, Cryptome - Giganews is NOT an FBI operation. You've been duped.

Giganews is in the impossible position of proving a negative. If we say our list of employees does not include any FBI employees, then they must be "using false identities." If we say the named FBI operatives don't look like any of our employee photos, "the pictures must have been altered." Even the denial itself is used as further evidence of the truth of the accusation. In a court of law, such an accusation would never stand up to scrutiny, but on the Open Internet, opinions can be formed by only a few words on a popular website. Fighting the lies only emboldens those who tell them – Feeding the Troll.

What we can do is stand on our long history of supporting the Open Internet and the privacy of our customers:Actions speak louder than words, and these are the actions of a company that supports customer privacy and a free and open Internet. Giganews has not and will not be controlled by any government organization, and we will continue to provide the best Usenet service to our customers.

Golden Frog received many votes on Golden Frog Ideas for a Kill Switch feature in the VyprVPN desktop apps. After months of hard work, they have announced Kill Switch is available in VyprVPN for Windows and Mac!

What is Kill Switch?


Why use Kill Switch?


Customize how you want to use Kill Switch

Golden Frog made it easy to enable Kill Switch at the application or system level based on your security preferences.
You can also configure Kill Switch to allow or block LAN traffic depending on how much security you need. 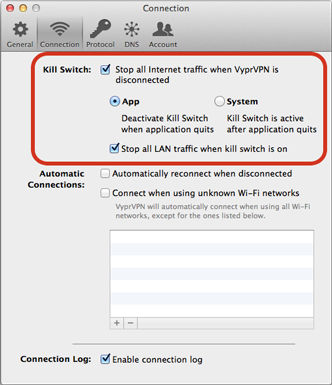 Continue to submit and vote for the features you want!

Golden Frog loves hearing ideas from Giganews members and want to hear what VyprVPN features you'd like to see next. Like Kill Switch, they will continue to provide new features requested by Giganews members. Leave your feedback on Golden Frog Ideas.